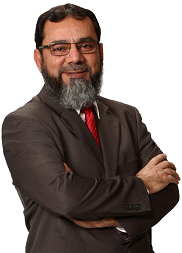 A practical solution to the housing crisis

Housing supply and affordability is a hot topic forever but have become even more important nowadays, considering the rising home prices we have witnessed recently.

As a professional Realtor, I face this question every day: How can the public in general and our youth in particular, afford to ever acquire their own home?

We have seen several steps (including NRST, mortgage Stress Test, a ban on foreign buyers’ purchases, changes to Zonings etc.) taken by various governments at federal, provincial and municipal levels.

Unfortunately, these measures took a short pause in the housing market but could not make a major dent in the rising housing prices. I remember a detached home in the mid-90s or even early 20s was priced in the range of $200K to $300K, which seems to be a fairy tale these days.

In March 2022, the Ontario government announced the increase in Foreign Buyers Tax (NRST) from 15% to 20% and expanded the area to include the entire province, not just the Golden Horseshoe area. In addition, the government also banned any foreign-buyer purchases until 2024.

On October 25, 2022, Finance Minister Peter Bethlenfalvy announced a further bump in the NRST (Non-Resident Speculation Tax) raising it to 25%, making it the highest tax rate in Canada.

In the past, when NRST was brought into effect, there was a general perception that the increase in housing prices is due to a large number of foreign nationals buying properties for investment purposes. But the StatsCan report, published on December 19, 2017, showed that the total foreign buyers contributed only 3.4% and 4.8% of all residential properties in Toronto and Vancouver, respectively, (https://www150.statcan.gc.ca/n1/pub/11-626-x/11-626-x2017078-eng.htm). Having said that, the non-resident buyers do concentrate more on the condo buildings occupying 44% and 53% of condos in Toronto and Vancouver respectively.

Raising the NRST rate may not have the desired results of solving the real issue of supply and demand in the housing sector as it may only affect a small percentage of total homebuyers having almost no effect on the housing demand.

Pushing for increased housing supply within the major urban centres still may not get us the desired results. It would rather introduce more problems of traffic jams on the existing overcrowded road networks.

What I see is the lack of long-term planning at each governmental level to tackle the real issue.

The major reason that is being ignored is the fact that most people like to live around the cities where jobs and amenities of life are easily accessible and less commuting time to and from work. Hence the population flocks to existing major cities where those requirements are met.

Area-wise, Canada is the second largest country in the world but most of the development has been concentrated on a tiny portion of our huge land, mainly in and around GTA-Ontario, Montreal-Quebec, Vancouver-BC, and Calgary and Edmonton-Alberta. Out of these, most of the population tends to live in and around GTA, Vancouver, and Montreal.

The governments need to plan new cities and give incentives for new businesses to move to those cities.

Creating more and more high-rise buildings in the main city hubs may resolve one issue but add even more stress on the road network which is already over-stressed and there is practically no room left for the new roads to be added.

We have plenty of land available just a few minutes outsides the major cities which can be further developed for new business centres and additional housing.

I hope this message crosses the eyes of the decision-makers and we see some concrete planning coming out at each of the three levels of government (Federal, Provincial, and Municipal) in Canada soon.

There is always a better solution a professional can provide, sometimes beyond one’s thoughts.

I will be glad to receive your call at your earliest convenience at 416-908-5600 to discuss your individual needs and goals and objectives.

If you like what you read, I will ask you to leave your gracious Google Review at: https://rem.ax/3PUNSOS

A. Q. Mufti's blog | login or register to post comments

A glance at my achievements and passion;

RE/MAX has more than 100,000 agents in more than 95 countries agents and sells more real estate than any other Canadian brand.

At RE/MAX Real Estate Centre Inc., I’m here to provide you, your family, and friends with exceptional services for your real estate needs including Residential, Commercial, and Agri/Farm Business.

With my background in IT and Project Management and, over the several years, contributing to many charitable/not for profit organizations as a board member, I bring professionalism, ethics, sincerity, and I strive for excellence.

If you are looking for a new place to live or do business and want to sell and/or buy your next home and/or business, I would be delighted to help you achieve your goals.
I am not looking for short term gains, rather long term relationships, with the sole focus of finding solutions that best meet your needs.
I truly believe you are my best promoter when you tell others that you have received:

I am available during weekdays and weekends and would meet or pick up the phone personally or return your call at a time convenient for you.

You may reach me directly by calling 416-908-5600 or send me an email at your convenience at info@aqmufti.com.

I look forward to hearing from you soon.

Wishing you and your family all the fun and enjoyment.

This website is operated by a brokerage or salesperson who is a member of The Canadian Real Estate Association.

The listing content on this website is protected by copyright and other laws, and is intended solely for the private, non-commercial use by individuals. Any other reproduction, distribution or use of the content, in whole or in part, is specifically forbidden. The prohibited uses include commercial use, "screen scraping", "database scraping", and any other activity intended to collect, store, reorganize or manipulate data on the pages produced by or displayed on this website.